I have fixed an issue with the localisation templates using the wrong character sets, so the Chinese (Simplified) and Korean templates should now work!

I have also added support for revisions in the localisation system so changes can be reverted. Only the usual contributors have access to this feature.

Finally, I have imported the latest versions of other template files we had. So now the following languages are at least partially translated and available in the system to be maintained, updated and downloaded;

A new FB Alpha to celebrate the new site. Get it on the downloads page.

The site was long due an overhaul, and was in desperate need of becoming a proper home to FB Alpha (rather than just a site, we released from). The site is completely new, but bear the following in mind;

Let us know your thoughts and enjoy the site (and FB Alpha)!

A new FB Alpha release. This one has this; 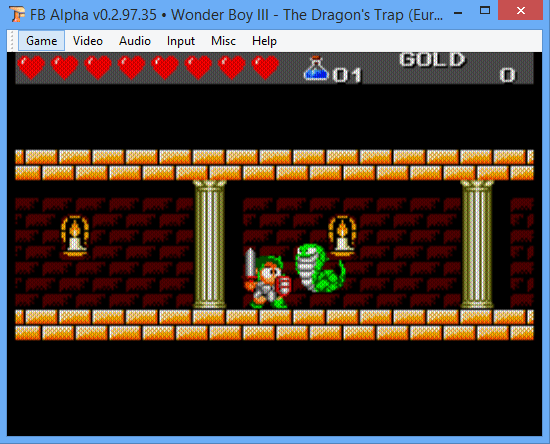 A quick bug-fix release. This one fixes an issue with the UI translation templates - hence the quick turn-around.

It's time for a new FB Alpha release. This one is the biggest for quite a while with lot's of new stuff, including some shiny new drivers. As usual, you can download this version from the FB Alpha page.

There are lots of fixes and improvements, but the headline addition is the Konami work done by iq_132. As well as lot's of fixes there are lots of new Konami drivers including Asterix, Bishi Bashi, Dragonball Z, G.I. Joe, Lethal Enforcers, Mystic Warriors, Shaolins Road, Wild West C.O.W.-Boys of Moo Mesa, Yie-Ar Kung Fu and Xexex. Older Konami games have also been improved, particularly with regards to sprite drawing and shadow support.

This quality of this release is dedicated to Zazzone, without his countless hours of testing a lot of the bugs fixed in this release wouldn't even be known about. To continue to improve the quality of future releases, be sure to report any bugs you find using the FB Alpha Bug Reporting Module.

Quick release with a bugfix for the enhanced D3D blitter. Get it on the FB Alpha page.

None of the UI has changed so I have updated the translation templates submitted for 0.2.97.30.

Time for a new FB Alpha release. Get it on the FB Alpha page.

This one sees the addition of a new team member. We welcome dink to the team who has done a lot of excellent work on save state and general bug fixes. He has also improved iq_132s old Kaneko Super Nova driver which is now enabled in release builds with more games supported. He has also added vbt's Choplifer driver to the Sega System 1 driver.

A little warning for self-compilers and port maintainers. Later versions of GCC subtly mis-compile the M68000 core. An example is heads missing from the zombies in Altered Beast (and the zombies not clearing from the screen when you kill them). This has been around for a while and a fix still eludes us. It also seems to affect older versions of MAME compiled with newer GCC compilers in the same way. The release builds posted here are compiled with MSVC and are not affected.

A quick mention goes to Romhack too, who is doing excellent work porting FB Alpha to the QT framework. We wish him look and are excited by his progress.

There is all the usual goodness from the rest of us too. Even the Neo Geo macro buttons work again!

Click more for the full list of new things (most are listed, but it's not completely exhaustive).

It's been 6 months so it's time for a new FB Alpha. Get the new version on the FB Alpha page.